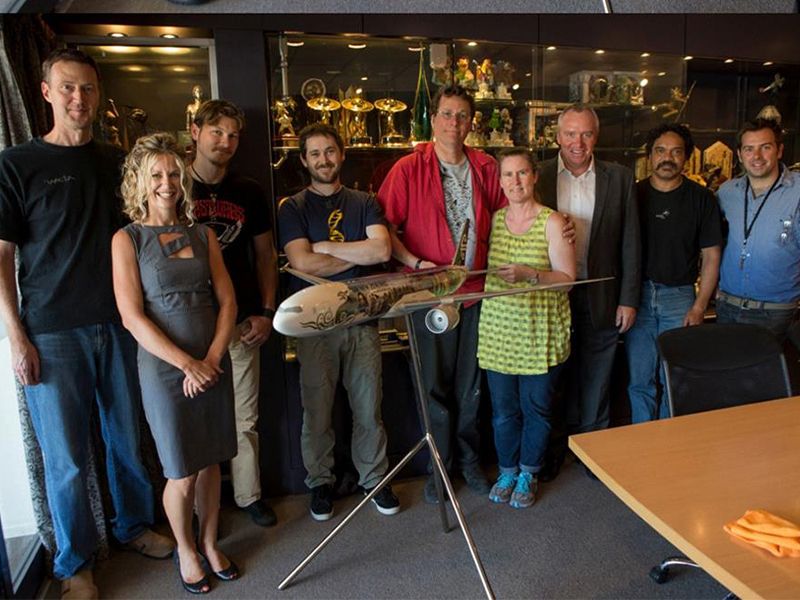 On November 24, 2012, Air New Zealand unveiled a stunning livery inspired by the film “The Hobbit: An Unexpected Journey.” That evening, the themed aircraft took its inaugural flight. It later flew over Wellington, New Zealand to make a brief appearance at the film’s premiere on November 28.

Air New Zealand’s Hobbit-themed Boeing 777-300ER currently holds the record for the largest graphic ever applied to an aircraft. The graphic was made in conjunction with Weta Workshop and took six days to apply. 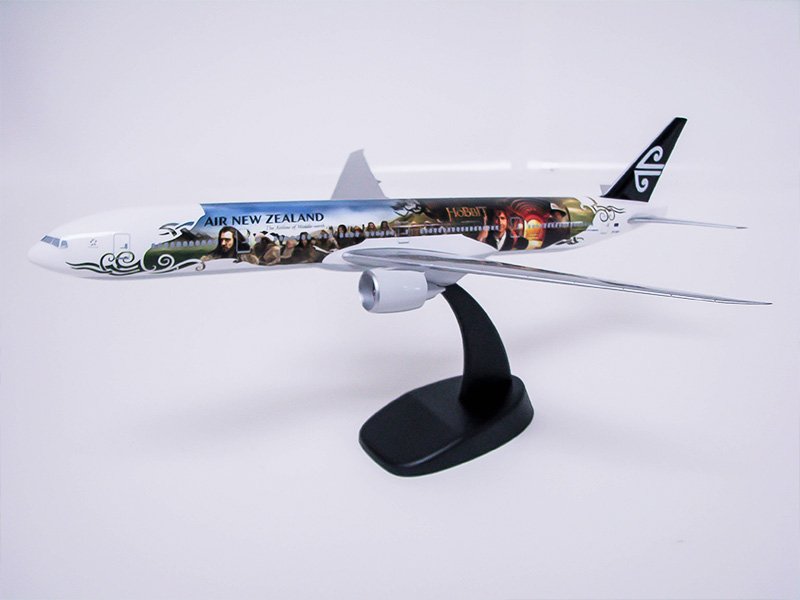 Air New Zealand recently unveiled its 777-300 in a spectacular livery inspired by The Hobbit: An Unexpected Journey. The livery features many prominent characters from the film and took six days to install. 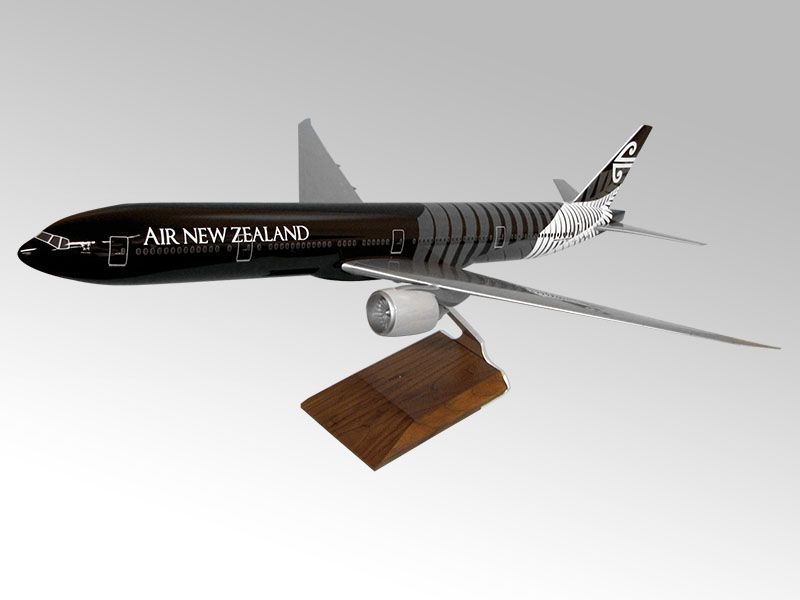 Next year, Air New Zealand’s Boeing 777-300ER fleet will sport a striking black livery. The livery first appeared as part of the airline’s 2011 All Blacks campaign and received favorable response.