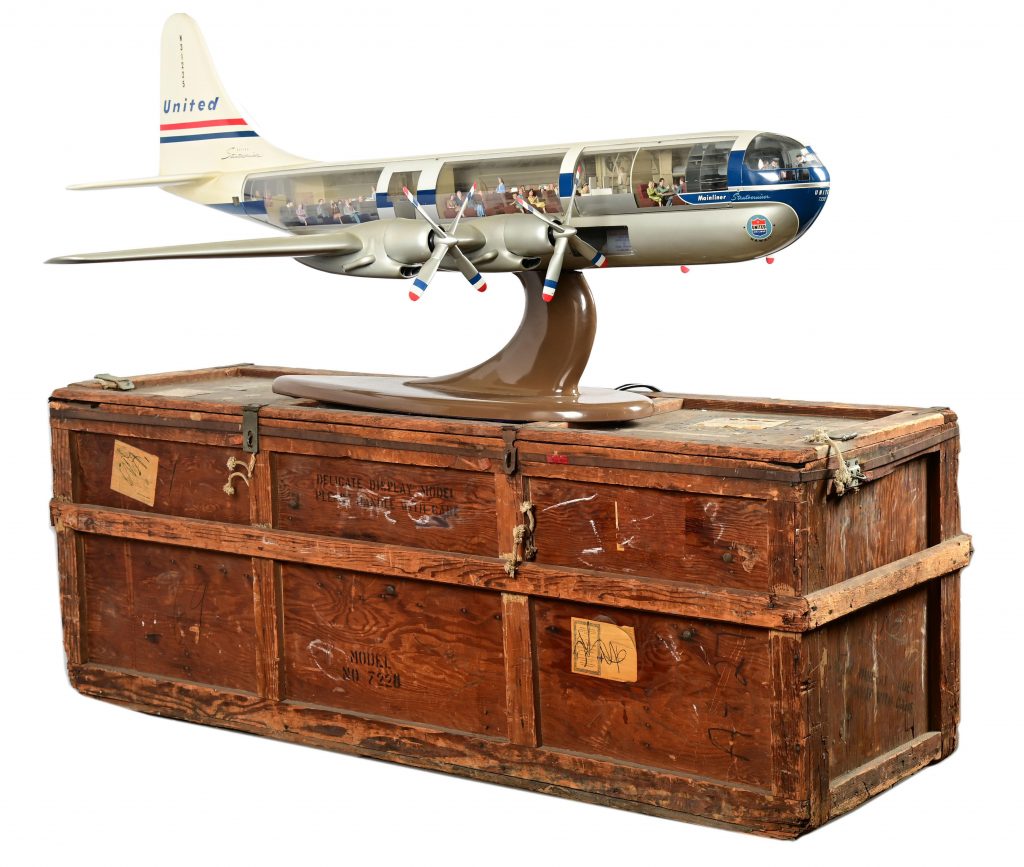 In our quest to uncover the secret to humans’ fascination with miniatures, we explored The Remarkable History of the Miniature. In this installment, we’ll look at the motivations of those perhaps most captivated by miniatures—collectors—and see what they can tell us about our own fascination.

Why Do People Collect Miniatures?

Nostalgia. Miniatures allow the collector to reminisce on cherished memories.

Satisfaction. Acquiring every model in a particular set gives the collector the satisfaction of completion.

Relaxation. In a world with very little control, miniatures give the illusion of control. A lack of control can be stressful, but with miniatures, a collector can move and arrange them to their liking.

Aesthetic. A collector might value an item’s aesthetic⁠—perhaps even more than its function. Miniatures provide aesthetic value but are more economical; they usually cost less than the “real thing” and take up less space.

Expression. With miniatures, collectors convey their personalities and interests. Through their collections, many collectors encounter people with similar interests. There is often a social reason for collecting.

The ascribed value of collectible items very much depends on perception. Consider the value of a work of art by a well-known painter compared to the value of a forgery. Two paintings might appear to be identical, but forgeries are worth far less.

The scarcity, rarity, and origin of collectibles all contribute to their perceived value.

With the scarcity principle, collectors are much more willing to pay higher prices if they feel they are acquiring a rare item.

Many items become more valuable with age. This is because the age of an item can correlate with its scarcity. Many older items are no longer in production or some units might have been damaged or discarded.

History and prestige also play a role in determining the value of collectibles. Unique stories surrounding items can dramatically change how people think about them. The origin of an item—such as from a famous artist or prestigious brand—also affects its value.

An excellent example of how items gain value can be found in this cutaway model of United Airlines Boeing 377 Stratocruiser.

The model’s high valuation can be attributed to its limited quantity, age, history, and the manufacturer’s prestige.

Only 56 units were delivered to airlines making the full-size plane rare.2 In addition to the rarity of the full-size aircraft, the cutaway model is also rare. Pacmin Studios is aware of only one other model of the Stratocruiser—held at the Boeing Archives in Seattle, Washington.

The Stratocruiser was first introduced in 1945 and was a derivative of the Boeing C-97 Stratofreighter⁠—a military cargo aircraft. In January of 1950, United Airlines acquired its first Stratocruiser.

“The 377 Stratocruiser set a new standard for luxurious air travel with its tastefully decorated extra-wide passenger cabin and gold-appointed dressing rooms. A circular staircase led to a lower-deck beverage lounge, and flight attendants prepared hot meals for 50 to 100 people in a state-of-the-art galley. As a sleeper, the Stratocruiser was equipped with 28 upper-and-lower bunk units.”3

Learn more about our custom display models or contact us for a custom model quote. 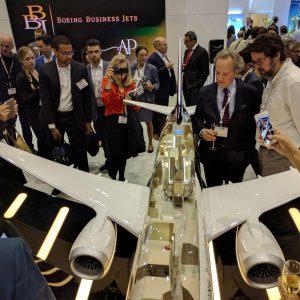 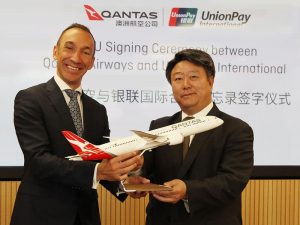 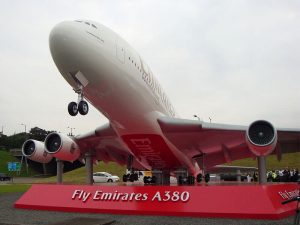 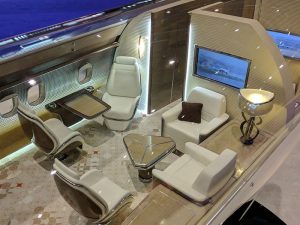 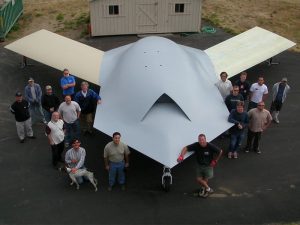