….75 years ago and one year after the end of World War II…. Much of Europe and Asia was in ruins. Yet there was also great optimism that a new era of rebuilding and prosperity was about to unfold.

It was also the year Pacific Miniatures was founded by two aerospace workers in Southern California. Both employees at Douglas Aircraft in Santa Monica, California, they were urged to leave the company and form their own entity to build sales and marketing tools to help Douglas tell the story of the luxury and wonder of commercial air travel.

Companies like Douglas had been laser focused on building aircraft for the war effort and needed to rapidly transform to make aircraft for the civilian market. Douglas needed a company like Pacific Miniatures to build models that could be placed in airline ticket offices and other public venues in order to stimulate interest in their products.

Today much of the world’s population has either flown or has been exposed to print or video showing aircraft in flight.  In 1946, very few had flown in an airplane. And they needed to be educated as to an airliner’s comfort and speed.

Fast forward to 2021 and we have a vastly different world in aviation, aerospace and technology.

During that interim of 75 years, Pacific Miniatures became known as PacMin Incorporated and grew and flourished despite numerous economic downturns, financial crises and a pandemic. We have evolved and adapted and transformed.

During the past eighteen months, rather than hunkering down waiting for the storm to pass, we streamlined our processes and invested in new products and methods that will bring amazing dividends for our customers.

To celebrate our legacy and to firmly embrace the future, we also took the opportunity to invigorate how we see and represent ourselves while building on a proud 75-year heritage.

The outcome is a new name and a new brand identity: Pacmin Studios. 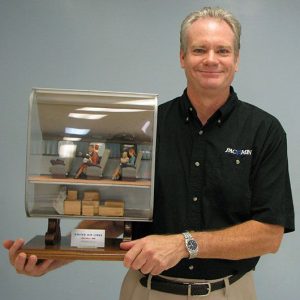 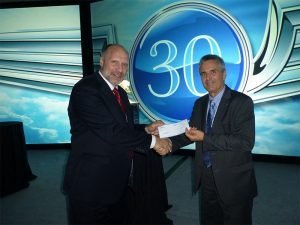