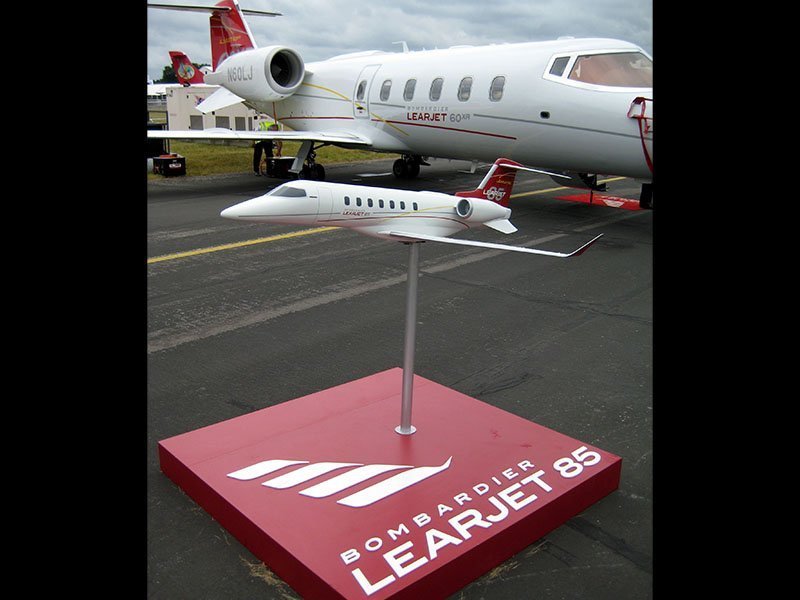 The January/February 2012 issue of Plein Vol features an article on PacMin’s operation and history.  This magazine is Canadian with French text.

Pacific Miniatures or PacMin was founded in 1946 in Alhambra, Calif., by two employees of the Douglas Aircraft Company, Orville Coker, a painter, and Don Meeker, a wind tunnel model maker. Douglas was out of space in its factory and invited the two to start their own business to make models of the DC6 and DC7, including cutaways, thereby exposing the luxurious interiors for promotion.

For over sixty five years, Pacific Miniatures has served the aerospace and air transport industries with high-end desktop models manufactured in California. PacMin models are found in the executive offices of airlines, aircraft manufacturers, corporate aviation headquarters and aviation enthusiasts.

From 1946 to 1986, Pacific Miniatures was located in Alhambra, California, east of Los Angeles, then 1986 to 1995 in the City of Commerce, south of the “City of Angels.” Finally, in 1995, PacMin settled in its current home in Fullerton, southeast of LA, in a building built for Hughes Aircraft. In 1986, PacMin was bought by its current owner, Fred Ouweleen. This family owned business employs 150 people at Fullerton and a satellite facility in Tijuana, Mexico and operates sales offices in Rochester, New York and Toulouse, France. The facility in Fullerton, with an area of 36,500 square feet, houses the administrative offices as well as sales, prototyping, tooling, design, engineering, casting, painting, shipping and customer service.

In 2011, Pacific Miniatures delivered about 20,000 models with a selling price of nearly eight million. 35 to 40 percent of these products are exported. With two separate products, it is present in four markets: air transport, business aviation, military and space. The models are desktop and exhibit size. Derived from actual aircraft data, each model is painted, decorated and polished by hand. Each desktop model is accompanied by a walnut base with aluminum upright. The large exhibit models are designed for special events, sales campaigns and lobbies. Measuring usually one to three meters, they are built of urethane and fiberglass.

Born in the USA in 1952, Fred Ouweleen grew up in various countries around the world because of his father having to relocate. Mr. Ouweleen spent five years in Brazil, where he learned Portuguese and Spanish. From his youth, he was exposed to business while his passion for aviation led him at the age of sixteen to fly a Piper Cub from a small airfield in Connecticut. As a private pilot, he owned a Beechcraft B36TC Bonanza. With a degree in business administration from Washington University in St. Louis, Mr. Ouweleen founded an importer of health and fitness products. The 1986 purchase of PacMin allowed him to return to aviation, his first passion. It provided the opportunity to marry his fascination with aerospace and his talents as a businessman.

A significant achievement by Fred Ouweleen was the opening of new markets. Before 1986, the activities of PacMin were mainly oriented around commercial aviation, its main customers then being McDonnell Douglas and the airlines. He introduced a new approach whereby PacMin was no longer limited to being only a provider of models, but a marketing partner in the promotion of aircraft. PacMin extended its collaboration with Boeing and Airbus while beginning to work with Bombardier, Cessna, Dassault and Hawker. Commercial aviation represents 45% of sales, business aviation 40% and 15% for military aviation.  The range of its high-end customers is very broad: the airlines, aircraft manufacturers, equipment suppliers and subcontractors, leasing companies, aircraft owners and aviation enthusiasts.  In Canada, PacMin customers include : Air Transat, Air Canada, Bombardier, Flying Colours, Provincial Aerospace, Canadian North and Porter. The company is very active in the marketing of Bombardier Global, Challenger and C Series product lines.

Aircraft and helicopter manufacturers make use of PacMin models for the launch and promotion of their new aircraft. As a sales tool, models with proposed livery colors will be distributed to the executives and pilots of a proposed buyer such as an airline or leasing company. PacMin experienced large demand for Boeing 787 and Airbus A350 models during their sales campaigns. Upon signing a sales contract or lease, it is customary to give clients ten to fifteen 1/100-scale models to mark a transaction that has sometimes required months of negotiations. For new owners of business or personal aircraft, several 1/48-scale models will often be presented as gifts with the custom livery and colors of the aircraft. Military aircraft campaigns are much more regulated, particularly in the U.S., where models will be used for sales presentations rather than as gifts.

Additional ways that PacMin’s customers may use models are for display in lobbies of aviation-related businesses and/or for exhibiting new aircraft at trade shows, such as NBAA, HAI, AHS, Bourget, Farnborough, and in press conferences.

With the development of new aircraft, PacMin will partner with aircraft manufacturers or OEMs to create models in accordance with the new design. An average time schedule for model completion is four weeks, although military aircraft can be complex and take longer, as well as helicopters, due to their rotors and landing gear. PacMin’s commercial aircraft-manufacturing customers include Boeing, Airbus, Gulfstream, Bombardier, Cessna, Dassault, Hawker Beechcraft, Embraer, and Mitsubishi. PacMin’s catalog of aircraft from military customers include Lockheed Martin C130 Hercules, Boeing AH64, V22, CH47, F15, F18, C17, 747ABL, KC767, KC46, and C40, Northrop Grumman X47, the Fire Scout, and L3Com C27. PacMin will also repair and restore its customers existing models.

Pacific Miniatures is distinguished by the quality and extent of its products. In the past, a number of model companies have gone bankrupt, including Space Models and Wooster in England, Topping Models from the U.S., and AirJet Models. Among still surviving companies in the U.S. are Atlantic Models in Miami, Florida, and MicroWest in Orange, California. Model makers in other countries are Lupa in the Netherlands, Long Prosper in China, Bader Models in Bahrain, and Graphideco in France.

In past years, PacMin has exhibited at several air shows including ILA Berlin, Farnborough, and Le Bourget. They’ve also exhibited at NBAA since 2008. 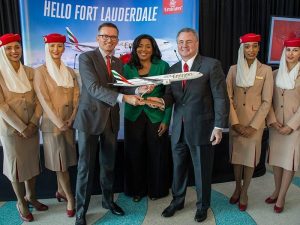 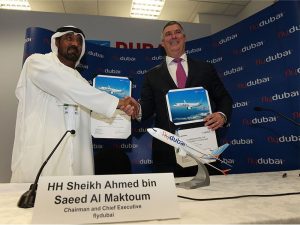 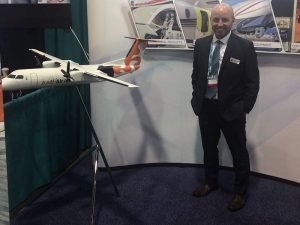 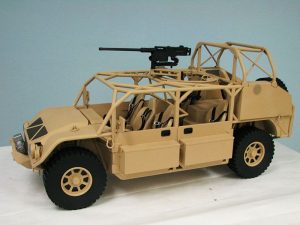 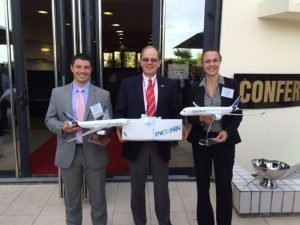