PacMin produced several large exhibit models for Boeing at the 2019 AIAA SciTech Forum in San Diego. Exhibit models on display included two concept aircraft, the recently unveiled Transonic Truss-Braced Wing (TTBW) and the Aurora D8, as well as a 737 MAX 10 which will begin commercial flights in 2020. 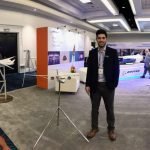 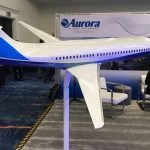 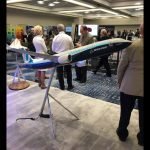 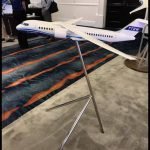 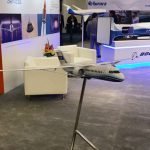 The Transonic is a concept being developed by Boeing and NASA. It has been in development for a decade. One of its most noticeable features is its long, ultra-thin wings. Even on a 1/40 scale model, like the one at the event, it measures an impressive 4.3’ (1.3m) long.

Another commercial aircraft concept on display was the D8, which was represented with a 1/20 scale exhibit model. Development of the D8 is also funded by NASA. It is a collaboration between Aurora Flight Sciences, Massachusetts Institute of Technology (MIT), and Pratt & Whitney. Aurora aims to have its first half-scale demonstrator by 2021 with test services beginning as early as 2027.

In additional to conceptual aircraft, a custom scale model of the latest 737 MAX was also on display. The 737 MAX 10 exhibit model features lit passenger windows and cockpit, realistic navigation and anti-collision lights, and a custom angled tripod base.

The MAX 8 and MAX 9 variants of the aircraft are already in commercial service, with the MAX 7 expected to begin flights in 2019, and the latest MAX 10 to enter service in 2020.

Find out more about our aerospace models or contact us for other inquiries.