The passion and vision that went into the MD-12 programs remains immortalized in private collections in the form of some very rare models.

It is always gratifying to hear from an owner of a PacMin model who owns a bit of aviation history and wishes to share it with us. 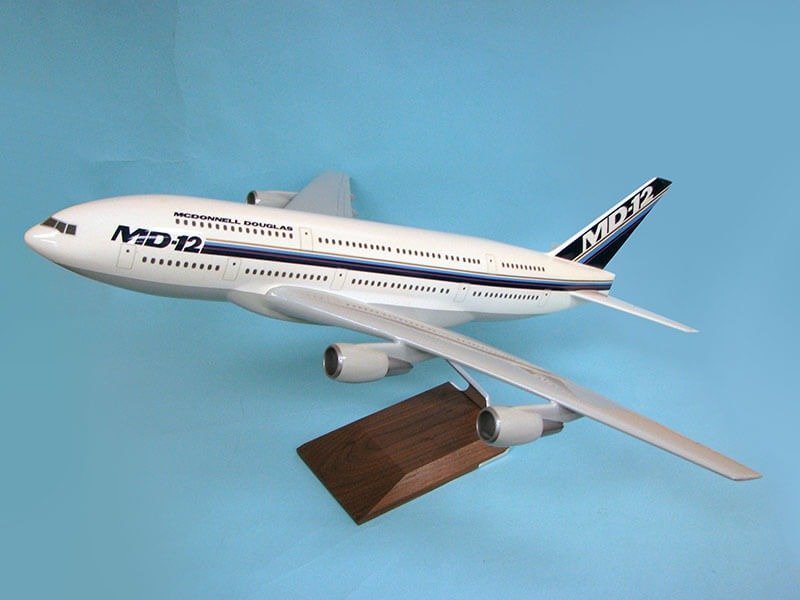 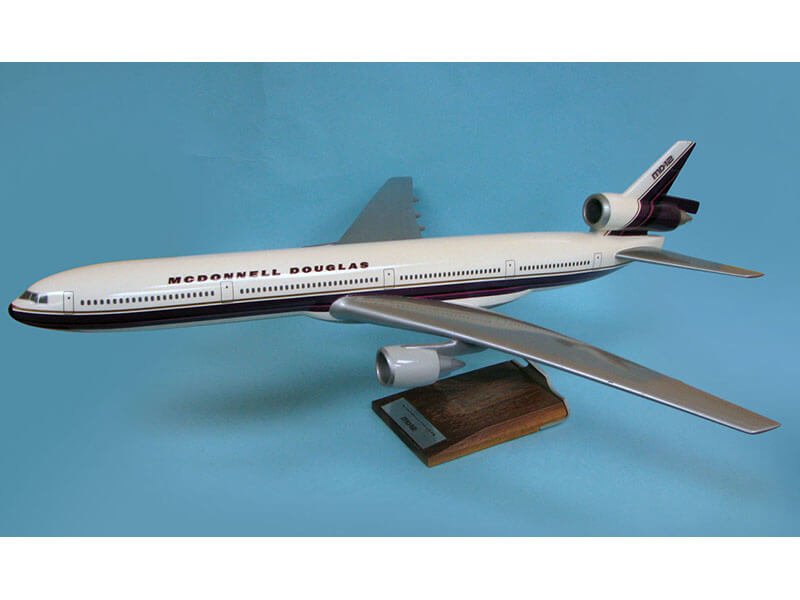 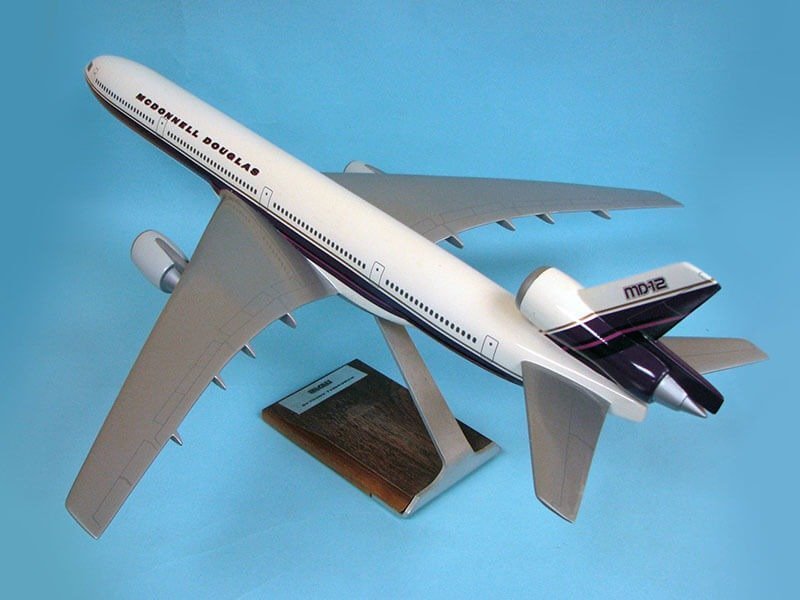 An example of this is when a commercial airline pilot and a passionate collector of Pacific Miniatures models, brought in a 1/100 scale model of the trijet version of the McDonnell Douglas MD-12 and a four engine version, also called the MD-12.

Both models were produced by Pacific Miniatures at the behest of McDonnell Douglas to promote these proposed designs to their airline customers in 1991 and 1992.

The MD-12 trijet concept preceded the four engine version. I recall the excitement at McDonnell Douglas over the possibilities of bringing new designs to fruition. But the customer interest was not strong enough to warrant further development.

The passion and vision that went into the MD-12 programs remains immortalized in this private collection in the form of some very rare models. We appreciate this type of individual effort in preserving aviation history.